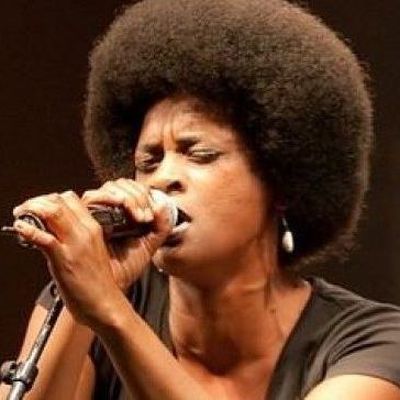 So many fine musical styles join together brilliantly on the island of Reunion: Seggae, Maloya, Zouk, Dancehall and more

The chief executive officer of O.M Studios Abraham Ohene Djan has set the pace for musicians to enjoy royalties from Google but the question one is likely to ask is whether all musicians will really enjoy the royalties that will be distributed by managers of the

Highlife maestro, Charles Kofi Mann popularly known as CK Mann, is out with a new highlife album on the WestGOLD Production label.The six-track new album was recorded live at the WestGOLD Recording Studio within Skyy House building in Takoradi, was to be launched at the Skyy Beach Haven, Sekondi on Saturday.Musicians who worked on the album include Bessa Simons, Nana Nkrumah, Ralph Karikari, Kofi Bentsil and Mawuko, who is in TV3

Lousika gets engaged in Kumasi

The Boss Chick-LOUSIKA yesterday got engaged to her lover known as Woodin in Kumasi. Her rep confirmed the news to us.

One of the youngest Ghanaian female celebrity,Lousika, real name Christelle Akua Sika Amankona, who upon her entry into the Ghanaian music industry has created a niche as the sexiest young best female Mc

Grammy award winning gospel musician, Kirk Franklin arrived in Ghana Friday afternoon, ahead of the much anticipated 2013 Adom Praiz concert.The renowned gospel act touched down at the Kotoka International Airport (KIA) at exactly 13:30hrs GMT aboard a Delta Airline flight with his 16-man band.Kirk Franklin will on Saturday, August 3 lead an impressive list of gospel acts who will rock this year’s Adom Praiz concert at the Perez Dome in Dzorwulu.An elated Kirk, known for several hit songs including Imagine Me, told media personnel at the airport that he is delighted to be in Ghana.Apart from Kirk Franklin, Saturday’s show will witness exciting performances from Cecelia Marfo, Cwesi Oteng, Ohemaa Mercy and No Tribe.Tickets are selling hot and fast for GHc50 for VIP and GHc30 for regular.

Ghanaian recording artiste Edem is set to grace the We Are One Beach Party at Tam Tam Beach Restaurant on Saturday, August 3. He will perform alongside Uganda

Kirk Franklin arrives in Ghana on Friday for Adom Praiz

One of the seasoned American gospel artistes, Kirk Franklin, who is billed to perform at this year